beyerdynamic – from cinema speakers to microphones and headphones

The audio specialist beyerdynamic, based in Heilbronn, Germany, is one of the world’s leading manufacturers of headphones and microphones.

The “Elektronische Fabrik Eugen Beyer” has existed since the mid-1920s and, as a German manufacturer, offers high-quality microphones and headphones. For a long time, beyerdynamic headphones were considered the reference, and even today, with significantly increased competition, the employees from Heilbronn know how to hold their own on the international market time and time again.

But let’s rewind time for a moment: the first dynamic headphones appeared in 1937 with the DT 48 – a technology that is still used in most headphones today. The acronym “DT” stands for “Dynamic Telephone”, by the way, and all PRO models still bear this designation today. According to their own information, the DT 48 series was built almost unchanged until 2013 and is probably one of the longest available products in the history of consumer electronics.

How good are beyerdynamic headphones?

beyerdynamic headphones are still among the best headphones you can buy in the studio sector.

But also in the hi-fi high-end segment, the Heilbronn-based company has set more than just a distinctive scent mark with the Tesla T1 headphones, the T5 as well as with the XELENTO remote (to the review) and the XELENTO wireless (to the review), which is also proven by our awards.

What are the best headphones from beyerdynamic? 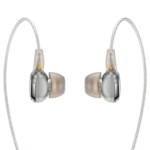 In-Ear by Numinos 3 months ago

The Beyerdynamic Xelento wireless (2nd generation) treats the listener to some pretty terrific sound – if you're willing to spend around 1,200 euros on this "piece of jewellery", as the marketing department puts it in rather florid terms. 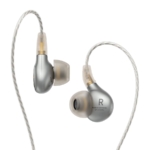 In-Ear by Numinos 3 months ago

The second generation Beyerdynamic Xelento remote represents a successful update: The new edition of these high-end in-ears impressed us with high-quality optics and materials, plus thanks to new Tesla drivers, they also receive top marks in terms of sound. 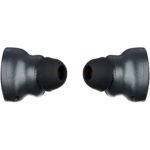 Bluetooth by Pete Schloßnagel 7 months ago

Good sound thanks to sound personalisation, effective noise cancellation (ANC) and sound quality of up to 24 bits and 48kHz: the true-wireless debut from the Heilbronn-based audio specialists Beyerdynamic has succeeded with the Free Byrd. 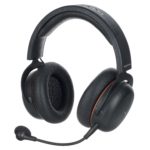 Gaming by Pete Schloßnagel 11 months ago

With the new Beyerdynamic MMX 150, the Heilbronn-based company offers a 30-euro more expensive gaming headset to join its MMX 100. Technically almost identical to the previous model, the MMX 150 comes with digital USB cabling and a special transparency mode ("Augmented Mode") as an... 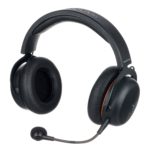 Gaming by Pete Schloßnagel 11 months ago

With the new Beyerdynamic MMX 100, the Heilbronn-based manufacturer throws a straightforward gaming headset into the ring: no frills, no awkward set-up – just plug it in and play. But is that enough? 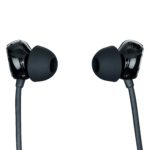 Bluetooth by Ulf Kaiser 1 year ago

The new Beyerdynamic Blue Byrd (2nd generation) offer convincing wearing comfort, practical high battery performance and a powerful sound image including sound personalisation at an exciting price of about 129 euros. They are therefore ideally suited for mobile and sports use. 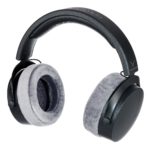 Studio by Carsten Kaiser 1 year ago

The new Beyerdynamic DT 700 Pro X are analytical closed headphones. Their modern over-ear design is well-made and comfortable to wear. In addition to a restrained bass range, open trebles and cool, differentiated mids characterise the sound of this model. Guitar music, in particular, benefits... 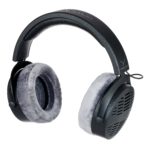 Studio by Carsten Kaiser 1 year ago

Open headphones for studio and hi-fi

The new Beyerdynamic DT 900 Pro X are over-ear headphones that offer great sonic transparency. They deliver a treble-emphasised signal, which in the mids sounds rather cold and sober and unobtrusive in the basses. These open headphones are particularly suitable as a means of isolating... 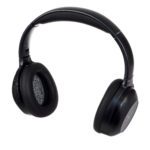 Bluetooth by Ulf Kaiser 3 years ago

When we tested them in 2019, we discovered that Beyerdynamic’s Lagoon ANC Traveller were impressive headphones with practical noise cancelling. After a firmware update, their noise reduction performance should now have improved even more. 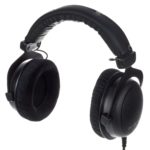 Studio by Jan Bruhnke 3 years ago

The DT 880 Pro from Beyerdynamic can undoubtedly be called a classic for mixing and monitoring in the studio. In addition to the standard model with its distinctive silver-coloured earpieces and grey ear pads, a Pro Black Edition is also available. The slight tweaks to...