Koninklijke Philips N. V. (Royal Philips N. V., short: Philips) is one of the world’s largest electronics groups and is headquartered in Amsterdam, the Netherlands. Philips was founded in 1891 in Eindhoven and initially manufactured light bulbs. From 1918, the company also produced tubes for audio equipment, which resulted in the founding of the German branch “Deutsche Philips G.m.b.H” in Berlin in 1926. 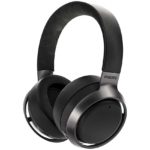 Bluetooth by Pete Schloßnagel 1 month ago

The Philips Fidelio L3 sound good, offer effective noise cancelling, are easy to use and impressed us with very good battery life. 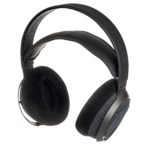 Hi-Fi by Ralf Willke 2 years ago

With the Fidelio X3 Philips are targeting an audience who are more concerned with High Fidelity than with True Wireless or Noise Cancelling. The sheer listening pleasure of these sophisticated headphones is in the relaxed, peaceful atmosphere they create.