When Uli Behringer founded his company in 1989, it was time to break up the somewhat crusty and overpriced market for recording products. He has done this with mixing consoles and peripherals with flying colors. Behringer now produces in China in the Music Group City. The components for the products – which, in addition to hundreds of others, also include headphones – are produced in our own factories. Part of the development is still in Willich near Krefeld, Germany. 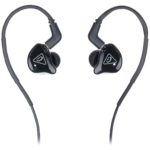 In-Ear by Carsten Kaiser 3 months ago

The Behringer MO240 offer both dynamic and symmetrical-armature drivers. With this technology in mind, these inexpensive in-ear headphones are particularly suitable for areas of application where voices and vocals need to be heard in dense audio productions or games. But classical music fans can be... 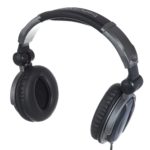 DJ by Dirk Duske 2 years ago

With the circumaural BDJ 1000, Behringer have squeezed the price without compromising on quality, sound, functionality and design. 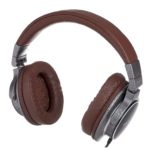 Studio by Dirk Duske 2 years ago

Behringer's BH 470 studio headphones impress with their slightly bass-driven, yet smooth and clear sound, as well as their appealing design and comfortable fit.