Made in Bavaria – Ultrasone Headphone Manufacturer from Lake Starnberg, Germany

As one of the leading developers and manufacturers of headphones, Ultrasone AG has made a name for itself among audiophile listeners all over the world since its founding in 1991. Ultrasonic headphones can be found in the pro-audio sector among hip DJs and renowned recording studios as well as among hi-fi enthusiasts in over 50 countries. The exclusive “Manufaktur” models, which are handcrafted in Germany, also enjoy an excellent reputation. For some years now, MP3 player and smartphone owners have also been able to enjoy the sound of portable headphones in Ultrasone-quality.

The company from Lake Starnberg holds more than 60 patents; a special feature of the Ultrasone-models is the patented S Logic Technology, which provides a spatial and natural sound via a decentralized arrangement of the transducers and at the same time preserves the hearing. The ULE shielding developed in 1997 is another milestone in Ultrasonics history, which reduces the electromagnetic radiation exposure of the head by up to 98 percent when using headphones. 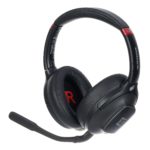 In terms of functionality, the debut of the Bavarian headphone specialist Ultrasone in the gaming sector may seem spartan, since, among other things, they have done without an app connection. However, what distinguishes the Ultrasone Meteor One is its powerful, lively sound, which makes these... 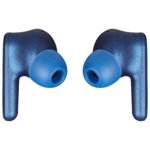 With the Ultrasone Lapis, the Bavarian headphone specialist introduces the first wireless in-ear model to its range. It is characterised by first-class battery life and supports Bluetooth standard 5.2. A total of six microphones are used to attenuate and amplify external noise and are intended... 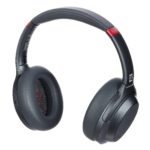 The Bavarian headphone specialist Ultrasone expands its portfolio with the Isar wireless travel headphones. They are based on the manufacturer's S-Logic technology and can attenuate or amplify external noise as required. In addition to multipoint connections, these foldable Bluetooth headphones support the high-quality audio codec... 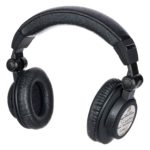 Studio by Ulf Kaiser 8 months ago

Ultrasone's Signature Natural are coherent-sounding and pleasingly airy closed headphones that are aimed first and foremost at musicians and producers with high demands for quality. They are a robust and precise tool that aims to provide honest sound reproduction as the basis for sound evaluation.... 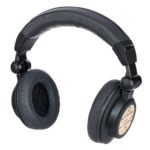 Studio by Carsten Kaiser 11 months ago

The Ultrasone Signature Master from the Bavarian manufacturer Ultrasone are high-quality mixing and mastering headphones with very good handling. For just under 1,000 euros, you get a pair of headphones that can be used in a variety of ways, with high-resolution and a unique sound... 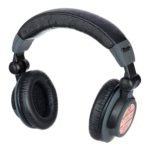 DJ by Dirk Duske 12 months ago

As circumaural DJ headphones, the new Ultrasone Signature Pulse delivers an impressive sound with high transparency. And that's not least because the manufacturer has come up with a third edition of its well-known S-Logic technology. 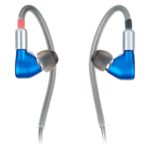 In-Ear by Carsten Kaiser 2 years ago

The 4-way Ultrasone Saphire are in-ears that provide six drivers at once, and use balanced armature and electrostatic technology. 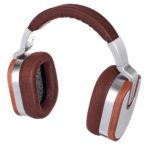 Hi-Fi by Ulf Kaiser 3 years ago

The Bavarian headphone manufacturer Ultrasone not only always aims at high sound quality, but also always has the audiophile connoisseur in mind. With the Edition 15 Veritas, they offer you a model that meets the highest demands. 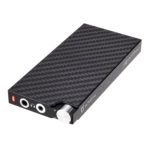 Amplifier by Ulf Kaiser 3 years ago

Audiophile Headphone Amplifier/DAC for mobile use

Audio apps and the amplifier electronics of smartphones, tablets and laptops are not explicitly designed for audiophile sound enjoyment. Instead, they reflect the state of the art technology that can be accommodated in these devices at a given size, power consumption and price. Ultrasone's combined... 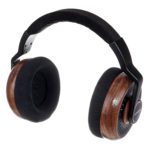 Hi-Fi by Numinos 4 years ago

Earphone manufacturers are doing everything they can to sell as many headsets as possible. However, the Bavarian manufacturer Ultrasone is following a completely different path - it relies on artificial scarcity. Because Edition Eleven is limited to 1,111 units, the price is just as exclusive,...